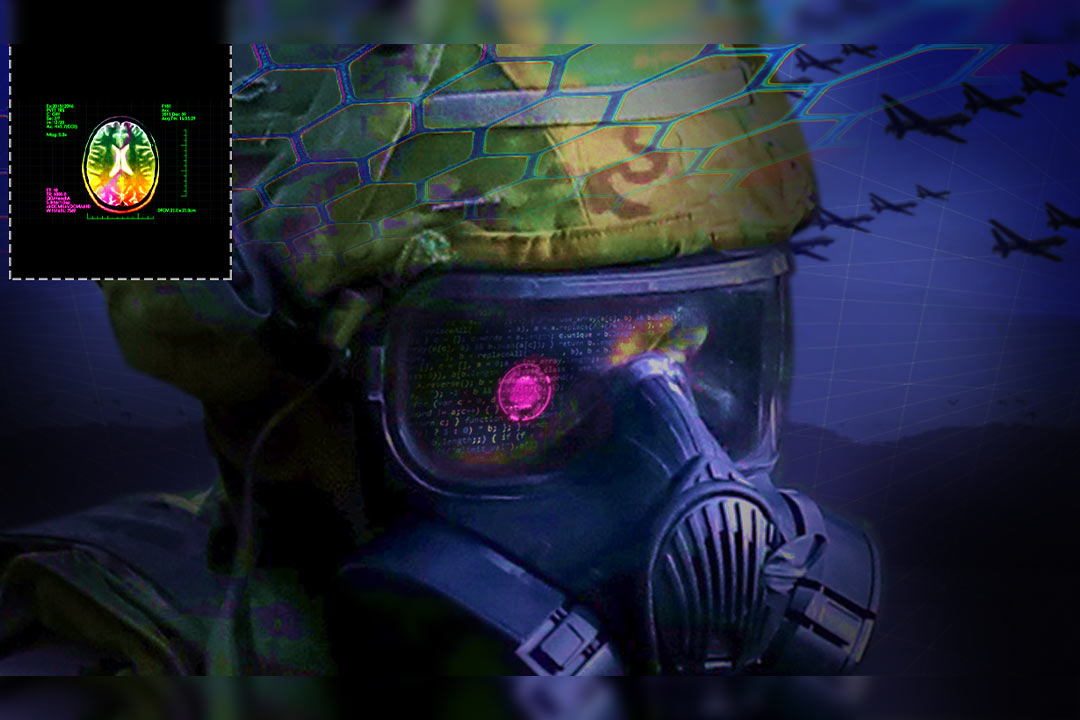 Current advancements in biochemistry have unlocked the possibility of futuristic advancements such as controlling swarms of drones via neural implants. (Illustration by Andrew Levin, CCDC Chemical Biological Center)

Peter Emanuel, Ph.D., the Army’s Senior Research Scientist for Bioengineering, sees a future 30 years from now where a U.S. Soldier can direct a swarm of drones in battle through a direct brain-to-machine connection using a neural implant. The implant also allows him to see exactly what each of those drones is seeing, then digitally integrate this information in his brain and send it as data to other machines, fellow Soldiers or his command and control element.

Emanuel, who works at the U.S. Army Combat Capabilities Development Command (CCDC) Chemical Biological Center, led the study as the chair of the Red Team for this year’s annual Biotechnologies for Health and Human Performance Council (BHPC), a DoD study group charged with continually assessing advances in biotechnology. The report bears the title, ‘Cyborg Soldiers 2050: Human/Machine Fusion and Implications for the Future of the DoD.’

Members of the study included several other technical experts from the Center — biologist Calvin Chue, Ph.D.; graphic artist Jason Gitlin; multi-media specialist Briana McNamara and research biologist Aleksandr Miklos – as well as top experts in bioengineering and several related fields drawn from across the DoD. Distinguished outside experts from academia were also included. The main consumer of this report is senior Pentagon leadership — the people most in need of knowing how to ready the nation’s armed forces for the magnitude of technological change to come.

Brain-computer interfacing through neural implants is only one of four radical changes in technology described in the report. They fell into these four categories:

“We already knew about some big changes on the horizon such as the synthetic biology revolution that will make it possible to turn microbes into factories mass producing all manner of materials,” said Emanuel. “But this is even bigger than that. This is a fundamental re-engineering of what it means to be human. As a convergence of biology, engineering and artificial intelligence, we will be able to enhance human beings in a way that changes how they see, hear, think, communicate, and move.”

Each one of these four areas of technology comes with its own set of revolutionary changes. For example, ocular enhancement could consist of overlaying data streams onto a Soldier’s retinal wall and sent up the optic nerve. But it is unlikely that this data would be understood in the brain as visible light. In fact, the data stream could cover a much larger range of the electromagnetic spectrum than visible light. The Soldier might be able to see objects in the infrared range and beyond. This would be a big advantage in future battlefields which the study group foresees as largely urban or even subterranean megacities.

Similarly, auditory enhancement could not only protect a Soldier from overexposure such as a blast, but also increase sensitivity to low amplitude sounds and even infrasonic and ultrasonic sounds. As the technology further matures, the study group foresees Soldiers capable of echo-locating adversaries in the dark and using imperceptible forms of communication with each other.

Programmed muscular control through an optogenetic body suit starts with a Soldier wearing an exoskeleton suit. The Soldier has light receptors implanted just under the skin and through carefully orchestrated light impulses, the Soldier’s critical muscles and nerve bundles are stimulated allowing for an external source of muscle power and even external muscular control over the Soldier. This would increase strength and endurance in battle, aid with hazard avoidance, and enable a novice to perform functions for which he or she has not been trained.

However, describing these technological changes was only one part of the report. The other part was to identify all the areas of society which will have to evolve to accommodate a radical redesign of human beings. This includes, ethical, legal, and societal rules, regulations and norms. In a society with both enhanced and non-enhanced individuals, even something as simple as negotiating a mortgage loan could become the equivalent of the loan officer trying to play chess against a supercomputer. Also, if a mechanical insert malfunctions and someone is injured, does it fall under personal injury law or product liability?

Another consideration is the aging of an enhanced Soldier. Will an aging body lose its ability to interact with implants over time? Yet another consideration is how the U.S. military will share this technology with allied nations such as NATO members so that interoperability of forces is maintained – which begs the question, what if hostile nations or non-state actors get their hands on the technology?

Underlying all of these considerations is the question of how receptive our society will be to these technologies. The report’s authors were acutely aware of the depiction of futuristic warfighting technologies in popular culture. The comparison to The Terminator is inevitable. The authors consider the possibility that the public will find the idea of cybernetic Soldiers repugnant, which will slow down their adoption. In that case, other nations with different ethical and cultural traditions would exploit these technologies first and could gain an irreversible dominance in warfare.

The study group explored this issue by turning to a social scientist from the Pew Research Center who performed a survey of the American public’s attitudes. Her main findings were that the more religious a person is, the more likely it is that he or she will reject the idea. Also, the greater an individual’s understanding of these technologies, the more likely he or she is to be accepting of it. The study group sees surveying the attitudes of people in other cultures around the world as the as the next step.

This report is just the first step in a decades-long process of studying these technologies and readying senior DoD leadership for their use in war. The Center will have a central role in this. “The Center is well-known for bringing together biologists and engineers devoted to research and doing it together in teams,” said Emanuel. “We can uniquely comprehend this future, that’s why I was selected to lead it and why so many of my colleagues at the Center participated in it.”

“Ultimately, these technologies will go beyond even warfighting,” said Emanuel. “They are going to change how we understand the world and what it means to be human.” 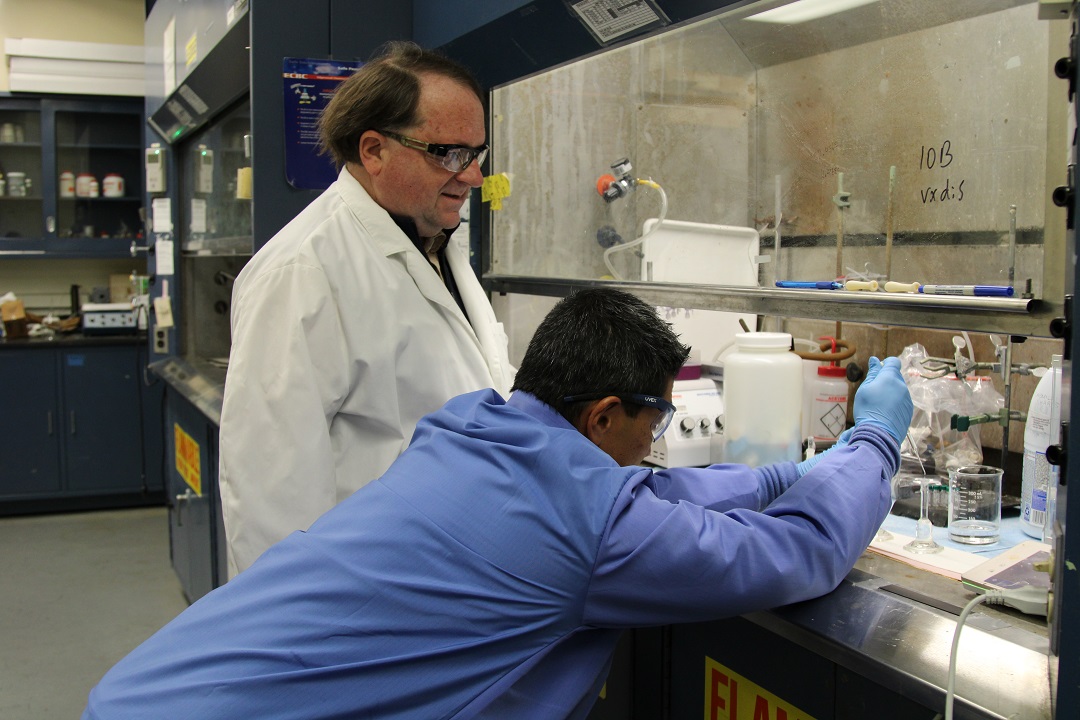 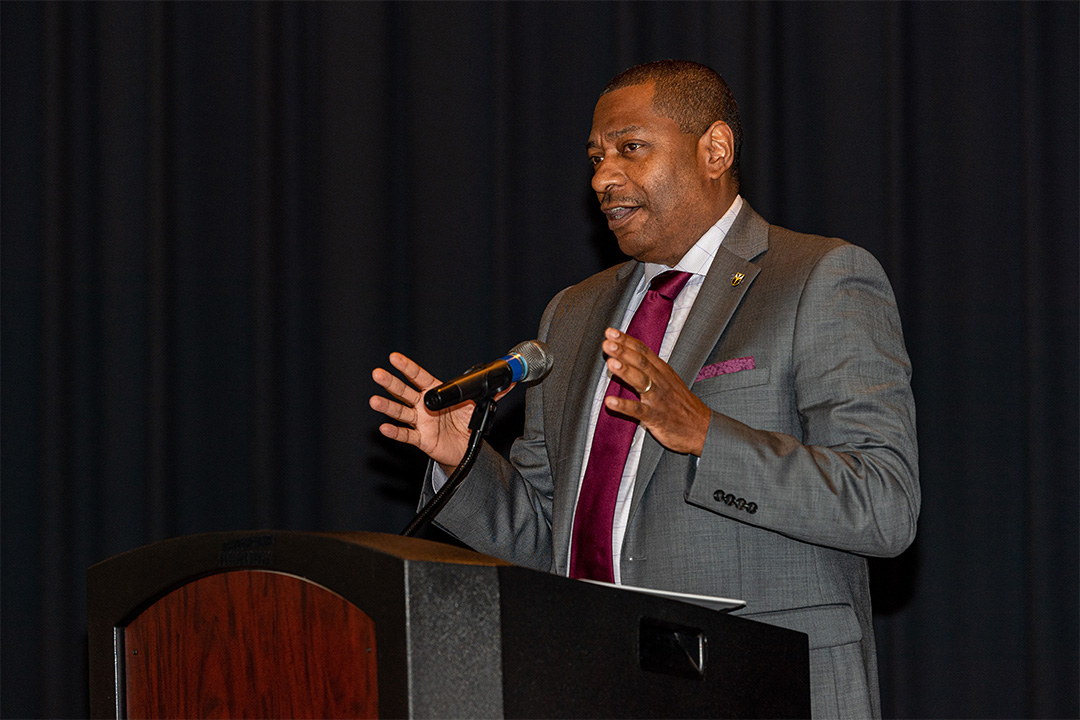