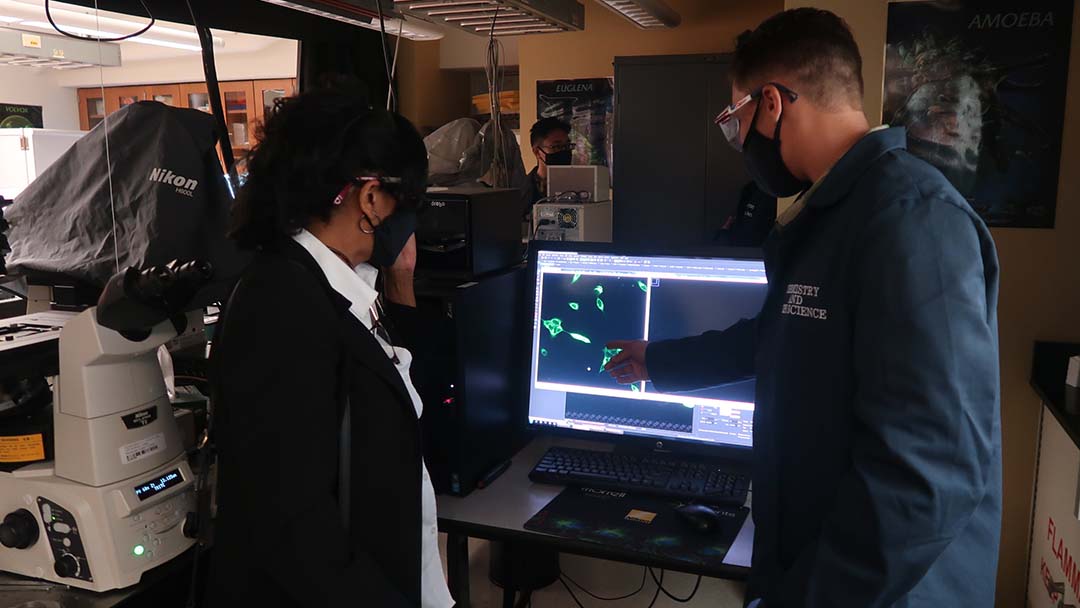 Aberdeen Proving Ground, MD — Preparing the next generation of Army scientists is a goal shared by the U.S. Army Combat Capabilities Development Command Chemical Biological Center (DEVCOM CBC) and the U.S. Military Academy (USMA) at West Point, New York. A group of nine DEVCOM CBC researchers recently traveled to West Point to discuss collaboration opportunities with Chemistry and Life Science Department. All agreed that building on their history of collaboration will enhance support for the warfighter and improve the Center’s capabilities.

The Center has provided summer research internships to USMA cadets for close to 30 years. Now both Center leaders and USMA faculty see a way to add depth to cadets’ experience by creating opportunities for them to continue their research projects with Center scientists over the course of the school year.

“Ongoing collaboration, starting with a Center internship or even before, followed by continuing cadet participation in the research virtually and through visits during the academic year is a benefit to all concerned,” said Col. John Burpo, chair of the Department of Chemistry and Life Science at USMA. “By working together over a course of years, cadets can get the opportunity to co-author papers in peer-reviewed publications. That adds to the cadet’s credentials and makes him or her more attractive to graduate school science programs and medical schools.” An average of 20 USMA graduates a year go to medical school with many others going to the nation’s top graduate schools to pursue advanced science and technology degrees.

These experiences will help forge a new generation of Army leaders who understand the Center’s unique mission of protecting warfighters from chemical and biological threats, according to Dr. Frederick Cox, director of research and technology at DEVCOM CBC. “It’s critical for these future leaders to understand what we do at the Center and its importance to warfighters and the nation,” Cox said. “Some of them will be the Army’s future chemical and biological leaders and they need to know the resource they have in the Center as they go forward in their careers.”

Cox also sees performing scientific research as good training for future Army leaders more generally. “The research we do teaches cadets how to go into a fast-moving problem situation not knowing all the facts,” he said. “They learn how to gather the facts they need to establish clarity and to chart a path forward. This holds real world value for any future Army leader because scientific research is training in how to attack a problem in an environment of incomplete information, which is what the modern battlefield is.”

The Chemical Biological Center has a lot of research opportunities to offer the cadets. The Center’s biomanufacturing facility offers them a chance to work with the best researchers in the world on creating entirely new materials inside cells. The Center is also at the forefront of metal-organic framework (MOF) molecular research. Cadets can work side-by-side with Center scientists designing new forms of metal and organic molecules to trap and neutralize chemical warfare agents.

During a separate trip to West Point over the summer, Center research chemist Dr. Jared DeCoste saw firsthand how eager USMA cadets majoring in chemistry are to do MOF research with Center scientists. “They have all the equipment they need to make and characterize materials like MOFs, and they are especially interested in photocatalysis of chemical agents, which is a way of adding light to MOFs to decontaminate materials exposed to chemical agent,” said DeCoste.

“We can provide them with our mentorship to pursue this research up at West Point, and we have the ability to do experiments with live agent to put their work to the test.”

DeCoste is currently sending vials of a MOF known as NU-1000 to the cadets where they are performing reactions using a harmless simulant of mustard agent in an effort to optimize the photocatalysis process. “I can always use more manpower to conduct my research, so this is a win-win. I’m getting important research for the warfighter done by them. They get to sink their teeth into real research with real military value.”

The Center is preparing to start another high-value research project with the cadets. Center research chemical engineer Dr. Greg Peterson is working with the Chemistry and Life Science Department to grow MOFs on cotton to create a prototype of a self-decontaminating uniform. Under the arrangement, the cadets will grow the MOFs on the cotton in USMA laboratories under Peterson’s guidance. The self-decontaminating cotton will be tested using simulants and ultimately tested against live agent at the Center.

The Center’s director, Dr. Eric Moore, sees this overarching initiative as an investment in the future workforce. “The United States Military Academy at West Point produces world class scientists. Collaboration between the Academy and the Center opens the door for cadets in STEM fields to start as interns with us, become part of a Center research team, and have the option to someday work with us directly as a military deputy or a researcher, and in time, even serve in Center leadership,” said Moore.

The next step is to complete and sign a memorandum of agreement to formalize roles and responsibilities for collaborative research. The Academy will pay for housing and food for their cadets during their stay at the Center. The Center will provide working space, equipment, and mentorship. The anticipated result is better scientific training for the cadets, new perspectives on research projects from the cadets, and ultimately better chemical biological protection technology for the warfighter. 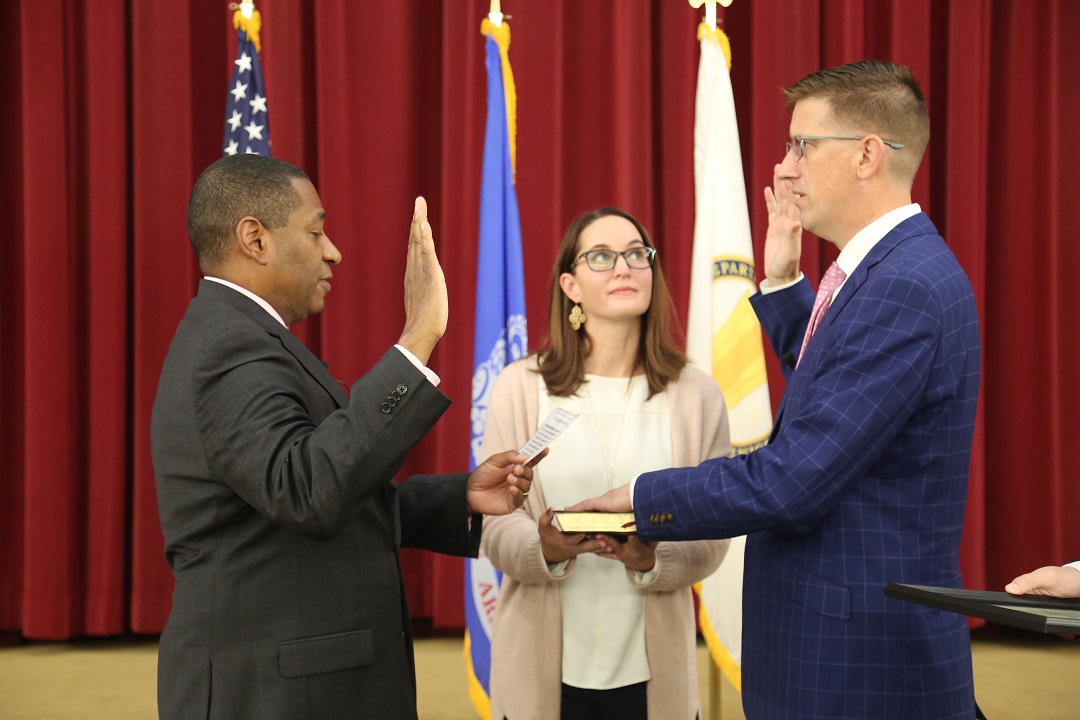 Army Researchers Apply AI/ML in Pursuit of Solutions for Soldiers